Many people sit on Facebook all day stalking strangers in chat about their network marketing opportunity. Here’s why I didn’t and don’t use Facebook.

My early relationship with Facebook was rocky to say the least.

I followed people who didn’t know me, so I was thrown into “Facebook jail” a number of times.

Then, I started to use their advertising.

I would “boost” my posts and started running ads.

Then, they blocked my ads and I could never run ads again because I miscaterogized ONE AD.

So, I said screw it and went over to Twitter.

Twitter was a lot of fun when I started using it back in 2011.

They didn’t really have tight controls on the platform yet and I could follow thousands of people a day.

People on Twitter at that time were also a lot more open to buying things from tweets.

I had just written an ebook and I had a pretty good rank on Amazon just from the tweets on Twitter.

In 2014, I started network marketing.

People on Twitter were still open to my tweets, but it was a little harder getting people to look at my opportunity.

But, my business wasn’t taking off.

The people who joined my business at this time were “opportunity seekers,” like myself, who didn’t really know much about the hard work involved to grow a successful MLM.

The more I evolved through personal development though, the quality of my prospects got better.

Then, one day, I realized I had the ability to put tracking links on my opportunity links.

I discovered a crazy thing:

My tweets weren’t converting nearly as much as the “direct message” I sent out on Twitter.

This was a aha moment, so I started making better direct messages.

I could also automate the direct message, so when new people followed me they would receive it.

All I had to do was follow more people each day to get more new followers who received the message and wammo, more leads.

Here’s a Detailed Article on Getting MLM Leads with Twitter

During this time, I started this blog

I had no idea how long or how many posts I needed to get enough leads and traffic to it.

I researched a long time before I found out that I needed 400 to 800 articles to get my blog really pumping.

This was hard to bear.

I had just celebrated my 161st post when I learned about this statistic.

I knew a few MLM bloggers who had over 1,000 articles.

There were many days that I wanted to throw in the towel, but then one day, my blog was getting better, more targeted leads than Twitter.

Then Came Video for MLM Leads

I learned everything I knew about network marketing from a handful of MLM trainers on YouTube.

They gave great generic tips for all network marketers and never tried hyping their products.

I took lots of notes and watched at least two hours of video each day.

I took it seriously, like a lot of freshman take college seriously.

I knew I had a business model on my hands that could make an average guy like me unlimited income.

These trainers also warned me about the pitfalls of network marketing, about all the tire kickers and all the people who eventually quit.

Learning that people quit and to not take it personally is what kept me in the game.

I also learned that jumping from MLM company to MLM company did not improve your chance of success, that a true leader could go into any MLM and make it a success.

So, I started doing 3 minute generic MLM training videos just like the leaders I looked up to.

I would put my blog or opportunity link below the video in the description.

I was now getting leads from 3 places.

I strayed away from paid methods of generating leads because basically I was living on credit cards already and had $40k of debt and no job.

All my income was coming from just my primary MLM.

A lot of internet marketers talked about creating many streams of income, but I was laser-focused on building only my MLM.

There is no other feeling like residual income from MLM.

But one day, I realized that I had a real business in my possession and I was going to reinvest my profits back into advertising.

I had come from the restaurant industry and saw how much money these restaurant owners were spending just on equipment.

Then you got to pay for a lease and a staff.

I needed to realize that I had a $20,000k a month online business and needed to put back most of it in advertising to really take it to the next level.

I needed to step it up and invest a few hundred a month in advertising.

Unlike Google Adwords, Bing Ads is MLM friendly and they are very helpful.

They will suggest keywords and raising your bid to get you the most clicks.

I can target almost any country in the world and I wake up to at least 10 leads from around the world.

I give you more detail about Bing Ads for MLM Here.

To Summarize: How I Built My Entire Network Marketing Business Without Facebook

Sitting on Facebook all day and posting income statements and jumping on people who come into chat is not my thing.

If you’re an extrovert, it could be the best way to generate leads in the entire world, but it’s not for me.

I want to automate my home business as much as possible.

I know a lot of people who feel the same way.

Sure, I know MLM leaders who make a killing with Facebook, it’s just not my style.

Thanks a lot for reading! Please comment below and tell me what is working for you! 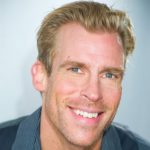 Erik Christian Johnson is a full-time blogger, self-development advocate, and full-time network marketing Entrepreneur. All articles are solely used for educational purposes and merely the opinion of the blog writers. Please refer to the Disclaimer page for full disclosure. There might be affiliate links within articles.

This site uses Akismet to reduce spam. Learn how your comment data is processed.

Start your own cbd business from home 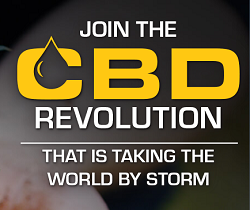 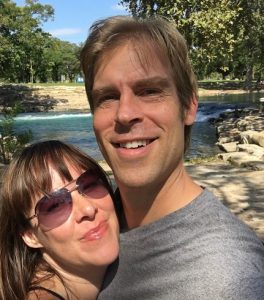